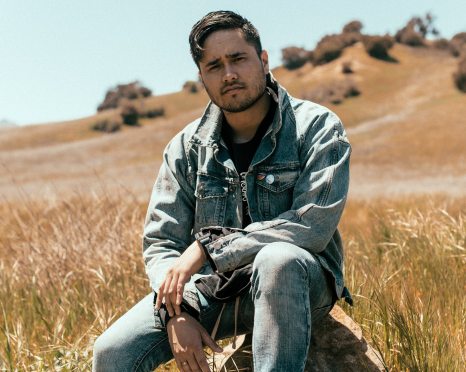 FilAm Creative will be honoring Filipino/Asian Americans that have made an impact on their community with their creative endeavors. The honorees include the Pilipino Worker Center, Asian AF/Filipino AF and Patrick Epino and Stephen Dypiangco, the creators of National Film Society and Awesome Asian Bad Guys. Other performers include, Alfa, comedian Jay Aquino, and rapper Jason Sistona.

With over 50.3 million views on YouTube and 80 million streams on Spotify of his Top 40 covers, and praise from the pop titan, Taylor Swift, herself, Travis Atreo is undeniably a pop force that should be on your radar. Travis’ debut solo EP of all original music, “Keep Hope Alive” was released in February of 2017 and is proving to be just as well-received.

Born in the Philippines and raised in a suburb of Seattle, Travis grew up in a family that was certainly musical. His mother is a singer and his grandmother was a music teacher who also directed choirs and orchestras in the Philippines. In 2007, Travis became a part of the rock group, New Heights, and toured the country, playing at festivals, and meeting with multiple major record labels. The group disbanded in 2013, which lead Travis to relocate to Los Angeles the following year. His experience with New Heights taught him how to perform and captivate his audience, a set of valuable skills that are apparent in his budding solo career. In addition to writing and producing, Travis is a multi-instrumentalist.

In his spare time, Travis values using his music to inspire others. He has worked with the non-profit, Kollaboration – an organization that supports Asian Americans within entertainment. With locations in 14 different cities, the organization holds talent competitions and showcases to support Asian American musicians and artists trying to break through stereotypes in mainstream media.

With an exciting year to come, Travis’ goals are fairly straightforward and inspiring. He strives to continuously work at his art and have the opportunity to share his love of music and natural talent with the world. All that he can hope for is that people listen to his songs, and simply feel better from the moment the first note begins.

One thought on “Pop sensation Travis Atreo performing at FAC’s “Night of Radiance” on Nov. 15”