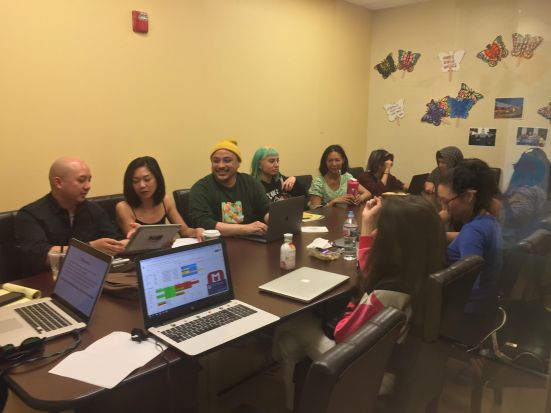 This past spring, Filam Creative had the pleasure of organizing another writing class for the community. This year, the class was entitled “Writing the Half-Hour Pilot” and was taught by comedy writer Thomas Reyes (American Woman, Paramount Network). As Director of Writing at FAC, I had the exciting job of producing the course and working with our instructor.

Held at the Pilipino Workers Center over the course of eight weeks, students received reading/viewing material, lecture notes, and weekly writing assignments in order to create the first draft of a comedic pilot. Thomas dedicated the first few classes to having students discuss their original pilot ideas and teaching them how to construct compelling loglines; later classes saw him teaching them how to construct beat sheets and outlines, as well as how to pitch original pilots to executives and market oneself as a television writer.

During the seventh session, Joy Regullano (The Healing Powers of Dude, Netflix), Bernard Badion (Fresh Off The Boat, ABC), and Gil Hizon (Insatiable, Netflix) came in and talked to the students for an hour and a half about their experiences getting hired to write for television, as well as the everyday life of a staff writer. Students were able to ask questions and receive insider advice on how to navigate the ins and outs of the TV writing industry and what to expect while working in a professional writers’ room.

Filam Creative was also lucky enough to strike up a deal with Jennifer Yun of Broken Barriers’s The New Normal Reading Series (Jen is head of their Asian-American group). Both parties decided that if a number of judges would evaluate the pilots that were produced from Thomas’s class, Jen would produce and cast the winner’s script for an upcoming live table reading.

At the conclusion of the course, students submitted complete first drafts of their original pilots. The scripts underwent a primary evaluation process by several Filam Creative board members; three were chosen from that first batch and sent to the following professional Filam screenwriters: Ray Utarnachitt (Legends of Tomorrow, The CW), Wallaine Sarao (Fox Diversity Writer’s Initiative, Black List Feature Writers Lab), and Joy Regullano. They evaluated the scripts using a points-based system and offered individual critique to the students on how to improve their pilots.

We are happy to say that Vince Cruz, creator of Ringermasters,was the winner of this competition! A portion of his pilot will be put on at The New Normal Reading Series the end of this month at Sal’s Comedy Hole on Melrose Avenue.

The following is the logline of Vince’s pilot, Ringmasters:

AJ, a struggling underachiever, is determined to prove his ex and overbearing Filipino family wrong by becoming a professional wrestler. But there are no shortcuts to stardom—just pain, gain, and lots of weirdos in tights.

Be sure to catch Vince’s Ringmasters live table reading at The New Normal Reading Series event this month: 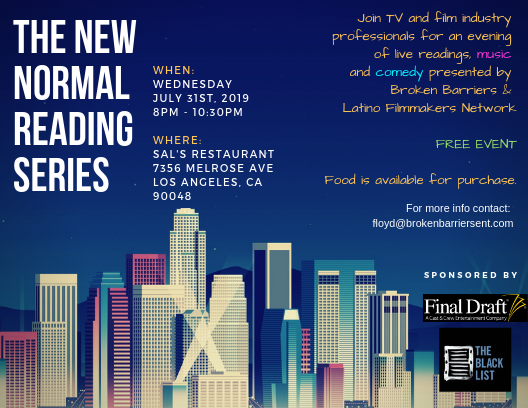