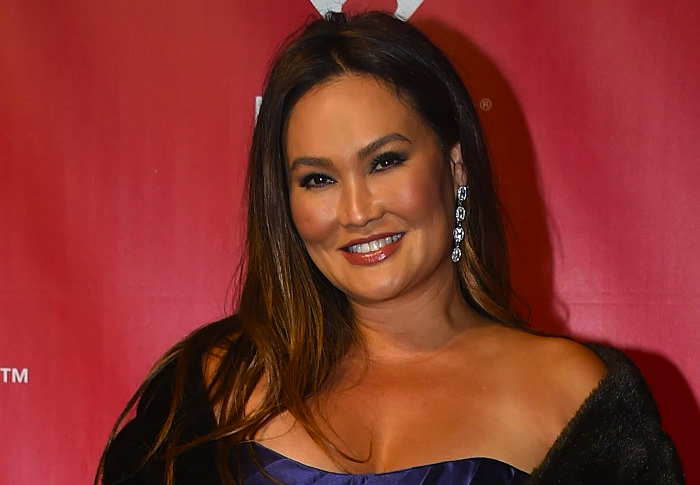 As the old Hollywood adage goes, Tia Carrere was discovered by a film producer while shopping at a Waikiki grocery store in her home of Hawaii and was cast in the 1988 movie Aloha Summer (also starring The Karate Kid: Part 2’s Yuji Okumoto) and the rest is history!

Prior to her feature film debut, she has appeared on television.  My first time seeing her was on the ABC daytime soap opera, General Hospital as registered nurse Jade Soong Chung from 1985 until 1987.  Below is a scene with Aki Aleong.

She continued with her television career making numerous guest appearances on the CBS war drama Tour of Duty, the action adventures The A-Team on NBC and MacGyver on ABC and the comedies ABC’s Anything But Love and most notably Fox’s flagship show, Married…With Children as Piper Bauman, a rival of Kelly Bundy (Christina Applegate), who attempted to steal a modeling job from her. 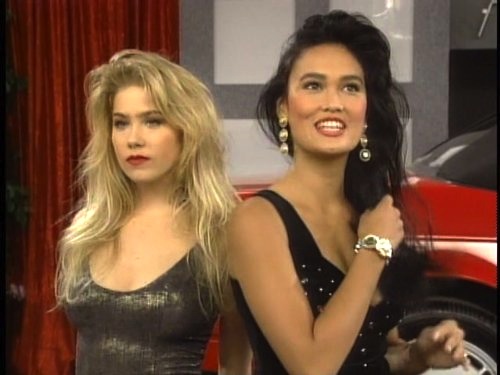 While 1988’s Aloha Summer was Tia’s feature film debut in a lead role, her breakout role as Cassandra, a rock singer and love interest in the outrageous Saturday Night Live sketch comedy-turned-feature film, 1992’s Wayne’s World — a role she reprised in 1993’s Wayne’s World 2 — are what audiences remember her best.

A trained singer, she performed all of her own songs in the first film, and the Wayne’s World soundtrack features her vocals for “Fire”, “Touch Me”, “Why You Wanna Break My Heart” and “Ballroom Blitz”.

Her musical work on Wayne’s World finally opened the door to a prosperous music career.  Her first solo album, Dream was released in 1993 and it went platinum in the Philippines.

Throughout the 1990s, Tia continued her film work such as 1993’s Rising Sun starring Sean Connery, Wesley Snipes, Mako, Harvey Keitel and Cary-Hiroyuki Tagawa and 1994’s True Lies starring Arnold Schwarzenegger, Jamie Lee Curtis and Tom Arnold.  She returned to the small screen on the syndicated action adventure series, Relic Hunter playing the character Sydney Fox, a university professor and black belt who travels all over the world in search of lost, stolen and rumored artifacts and antiquities.  The show ran from 1999 until 2002.  In 2001, she was nominated for an ALMA Award for Outstanding Lead Actress in a Syndicated Drama Series.

She provided the voice of Lilo’s sister Nani in the 2002 animated film Lilo & Stitch and its spinoffs as well as the animated television series from 2003 until 2006.

Her second album, Hawaiiana, was released in 2007 and brought Tia back to her Hawaiian roots with 4x Grammy Award winning record producer Daniel Ho.  The album was nominated for a 2008 Grammy Award under the category, Best Hawaiian Music Album.

She won a Grammy Award in 2009 for her third album ‘Ikena, which was also produced by Ho.

And, she won another Grammy Award in 2011 for Best Hawaiian Music Album for her album, Huana Ke Aloha.

Her latest film work took her to the Philippines with Showdown in Manila released in 2016. Directed by and starring fellow FilAm actor Mark Dacascos, she stars in the action film along with Alexander Nevsky, Casper Van Dien, Cary-Hiroyuki Tagawa, Don “The Dragon” Wilson, Cynthia Rothrock, Olivier Gruner, Jake Macapagal and Natalia Gubina.  The film is executive produced by Andrzej Bartkowiak.