Two days before the film’s premiere, FilAm Creative sat down with both men to discuss their journeys in the entertainment business.

RESCOBER / SANTOS:  Thank you for having us. / Thank you.

FAC:  How does it feel to reprise your role (he played the hilarious Alfonso Rafael Federico Sebastian, the Cuban waiter in the original film) in Samurai Cop 2: Deadly Vengeance?

RESCOBER:  I feel excited, because this was unexpected.  I did not think this would happen 25 years after the first one.

FAC:  Edwin, what is your involvement in the sequel?

SANTOS:  I am the production executive.  And, I appear in the film.

FAC:  Both of you began your careers as actors and are still acting today.  How did you get started and why?

RESCOBER:  It was my childhood dream to become an actor.  That dream was fulfilled immediately because I became a medical doctor first.  Although my medical profession took priority, I dabbled in stage acting first while attending acting classes at Leonetti Talent Agency and the American Film Institute.

SANTOS:  Witnessed Steve McQueen as he filmed his scenes of “The Hunter” near my elementary school in Chicago and saw “Star Wars” for the first time were driving forces but my parents had other plans.  Years later at Santa Monica College, my counselor advised me to take elective courses in order to transfer to medical school in UCLA.  So, I enrolled in a theatre arts class.  From then on, I transferred to California-State University, Northridge instead and was accepted in its Radio/Television/Film Program.  And, after graduation, I studied at Weist-Barron-Hill, Upright Citizens Brigade and for a while then, I studied with a private coach.  I love acting simply because a performance speaks the Truth.

FAC:  What can we do as a Filipino American community to advance our careers? 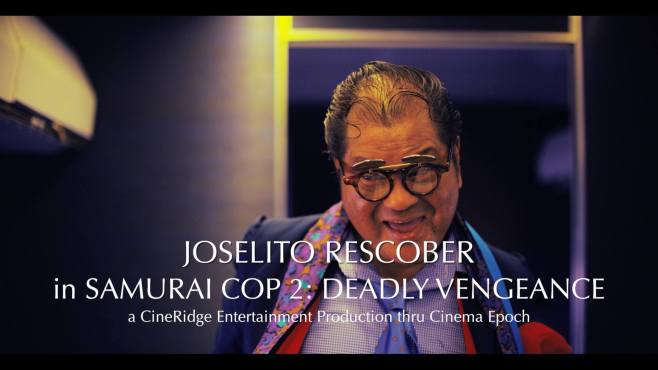 RESCOBER:  We have to forget the crab mentality and do our best to support our fellow FilAms in learning to network and improve our craft. 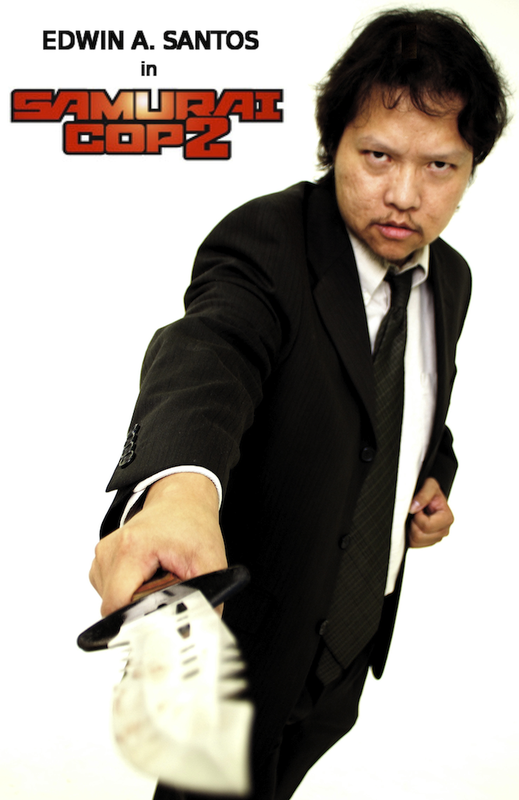 SANTOS:  Be more than just an actor.  I say this not to discourage actors who only want to act.  For me, I studied writing, directing, producing…even editing while at CSUN.  In this competitive business, actors will have to learn other skills other than performance.  It makes the actor hirable especially when collaboration is the theme.  Many of today’s top studios and production companies such as BuzzFeed Motion Pictures are looking for creative artists who are triple threats. Becoming more than just an actor gives you that edge in this business, in my opinion.

FAC:  What can we do to create a positive perception of Filipino Americans in entertainment and media especially in front of the camera?

RESCOBER:  Show that we are versatile and always ready to take on whatever role is given to us to perform.  Act naturally, and not try too hard.

SANTOS:  I agree with Che.  And, I’d like to say… it starts with you first.  Pride is good but don’t be too proud.  Be good to people.  Get out of your own way and leave your ego at home.  Learn everything and learn from the best.  Have a Life.  Challenge yourself.  Create your own stories.  Be positive.  Take a risk.  And, always listen.

FAC:  Thank you for talking with us.

RESCOBER / SANTOS: Thank you / Thanks!

Catch Samurai Cop 2: Deadly Vengeance from October 9-15 at the Laemmle NoHo 7 Cinemas at Los Angeles’ North Hollywood district in Southern California.  Midnight Screenings from November 20 & 21 at the Landmark Sunshine Cinemas in New York.  And, at selected Alamo Drafthouse movie theaters in Houston, Denver and two locations in Virginia throughout the month of November.

Samurai Cop 2: Deadly Vengeance” is the long-awaited sequel to the cult classic “Samurai Cop”. Stars Matt Hannon (Joe Marshall) and Mark Frazer (Frank Washington) return, alongside Melissa Moore (Peggy), Cranston Komuro (Fuj Fujiyama) and Gerald Okamura (Okamura) from the first film. Produced in 1991, the original “Samurai Cop”, directed by Amir Shervan, continues to find a new generation of captive and rabid audiences through its recent revival on the midnight theatrical circuit and in film festivals. The sequel “Samurai Cop 2: Deadly Vengeance” is set 25 years later, and Detective Frank Washington is forced to team up with his long estranged partner Joe Marshall to solve a series of assassinations. In addition to taking on their resurrected nemesis Fuj Fujiyama (Cranston Komuro), the duo must face a new generation of villains, including Dogge Sakamoto (Bai Ling) and the enigmatic Linton Kitano (Tommy Wiseau).