From Oct. 17 to Oct. 31 FilAm Creative will be celebrating all things Filipino and horror. Halo-Haloween is hosted and programmed by FilAm director Walter Boholst and his new horror film “Voodoo Possession.” Contributions by Natasia Gascon and Mark Owen.

Matthew Abaya
Mathew shot a short film in 2004 about our favorite aswang. It was an official selection to the San Francisco Asian American Film Festival, VC LA Asian Film Festival and the Hawaiian International Film Festival.
Mahal is a vampire hunter bent on destroying an elusive aswang (Philippine vampire) named Bampinay. When she catches up with her target, she learns that their differences are few in their day to night struggles.

Next up for him is a feature film called Vampariah.

Mahal is a young hunter on a quest to find the killer of her parents amid a war between cryptid hunters and the undead. When she confronts the killer, an aswang (self-segmenting Vampire from the Philippines), she is forced to question who and what she is. 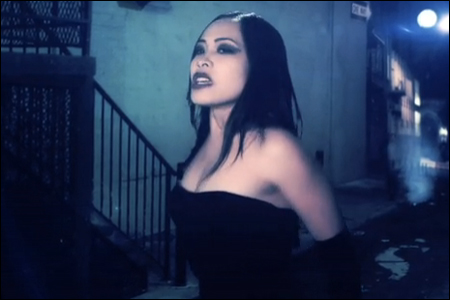 Hey, wasn’t she in The Ring dripping wet?

We’ve already told you about the various white ladies haunting the Philippines. Have you heard of the headless priest? The siopoa made of cats? Being Kidnapped By An Engkanto?
You can find out about these other urban legends by reading up on them at the Filipino urban legends article at filipiknow.net.

Lou Diamond Phillips
Lou Diamond Phillips is an American actor and director. His breakthrough came when he starred in the film La Bamba as Ritchie Valens. He earned a supporting actor Golden Globe Award nomination for his role in Stand and Deliver and a Tony Award nomination for his role in The King and I. Other notable films in which Phillips has starred include Courage Under Fire, Che, and Love Takes Wing.

Phillips was born at the Subic Bay Naval Station in the Philippines, the son of Lucita Umayam Aranas and Gerald Amon Upchurch, an officer in the United States Navy. His father was an American of Scotch-Irish and one-quarter Cherokee descent, and his mother, a native of Candelaria, Zambales, is of Filipino Spanish descent.

Sanitarium
SANITARIUM is an anthology that consists of three tales based on particular patients of a mental institution. Each tale begins with Dr. Stenson (Malcolm McDowell), the primary physician at the Sanitarium, commenting on the recent arrival of a new patient. As Dr. Stenson speaks, the individual’s story begins. SANITARIUM explores the different narratives of the insane patients — tales which led to their crazed states of minds. Starring Malcolm McDowell, Lou Diamond Phillips, John Glover, David Mazouz, Lacey Chabert, Chris Mulkey and Robert Englund.

The First Power
When Satan doesn’t want to get his hands dirty he calls on…anyone else to take care of business. He has created the ultimate killer; a man with no conscience, no motive and the constant urge to destroy. The only man to stop pure evil is, of course, Lou Diamond Phillips.

The Invited
A young married couple who are pregnant with their first child moves into their turn-of-the-century home where they discover that a great evil has resided there for nearly a century, unleashed by a previous occupant.

Route 666
Smith, a mob informer hiding out with the Witness Protection Program, decides to make a break for it and hide out in the Arizona desert. The Feds catch up with him and rescue him just before a group of hitmen can manage to silence him for good. In the course of getting Smith away from the mafia thugs, the pair of agents assigned to protect him turn onto an abandoned stretch of highway nicknamed ‘Route 666’ after the mysterious death of a prison chain gang. As the three continue on their way, they soon discover just what happened to the chain gang, and how the highway earned its name.

Bats
Bats, the result of a government experiment gone wrong, have suddenly become intelligent, vicious, and omnivorous, and are attacking people near Gallup, Texas. Bat specialist Sheila Casper and her assistant Jimmy are brought in but can they stop the bats before the military comes in and, in their ignorance, makes things worse?

Tales from the Crypt (Oil’s Well That Ends Well)
A gold digger who believes no one can top her in extortion gets the ultimate prize. Gina teams with Jerry or is it Carl to plant her husband Larry and resurrect him for a payoff. Gina and Jerry/Carl devise a plot to bilk some hoped for investors at the Legion bar of money in return for delaying notification of an oil strike. Gina is unaware that the guys are all in cahoots. When Gina learns her plans are turned upside down by the guys revelations. Gina lights up the stage with another discarded flame.

FilAm Creative is an all-volunteer community organization supporting Filipino Americans in entertainment and media. More information can be found at filamcreative.org, facebook.com/filamcreative and on Twitter at @FilAmCreative.

“Voodoo Possession” is a Rough Riders, Front Row Media, B2FX and Waltertainment production based in Los Angeles, CA. Additional information can be found at the official movie website voodoopossession.com, facebook.com/thisplaceiscursed, http://instagram.com/avoodoopossession and on twitter at @voodoomovie. The website includes stills, credits and a movie trailer.

If you would like more information about “Voodoo Possession,” or to schedule an interview with Walter Boholst contact info@waltertainment.com.