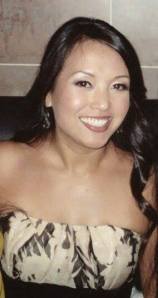 A UCLA alum and former member of Samahang Pilipino, Grace Borrero Moss will return to her alma mater and talk about being the Manager of Entertainment Diversity Initiatives at NBCUniversal this Thursday!

In Grace’s role at NBC, she helps oversee multiple programs that focus on discovering, cultivating and showcasing talented writers, directors and actors of diverse backgrounds, with the objective of getting them staffed on NBC’s scripted programs. Before coming to NBC, Grace was the Manager of Development & New Series at the Style Network, where she oversaw new series in production, from initial pitch to delivery, including Kimora: Life in the Fab Lane, Ruby, Giuliana & Bill and Jerseylicious. Grace is active with Asian Pacific Americans@NBCUniversal (Chapter Leader) and the Filipino Hollywood Mafia (Co-Leader), along with Women in Cable Telecommunications (Mentor), Visual Communications (panelist), the Coalition of Asian Pacifics in Entertainment and the National Association of Multiethnicities in Communications. Grace graduated from UCLA with a BA in English and Minor in Asian American Studies. She served on the Board as Cultural Coordinator and was the recipient of the prestigious Royal Morales Prize in Filipino Studies in 1997, awarded for the most outstanding undergraduate paper on the subject.

For more info on the panel go  to https://filamcreative.wordpress.com/2014/04/04/filipinos-in-entertainment-and-media-panel-at-ucla-april-10/